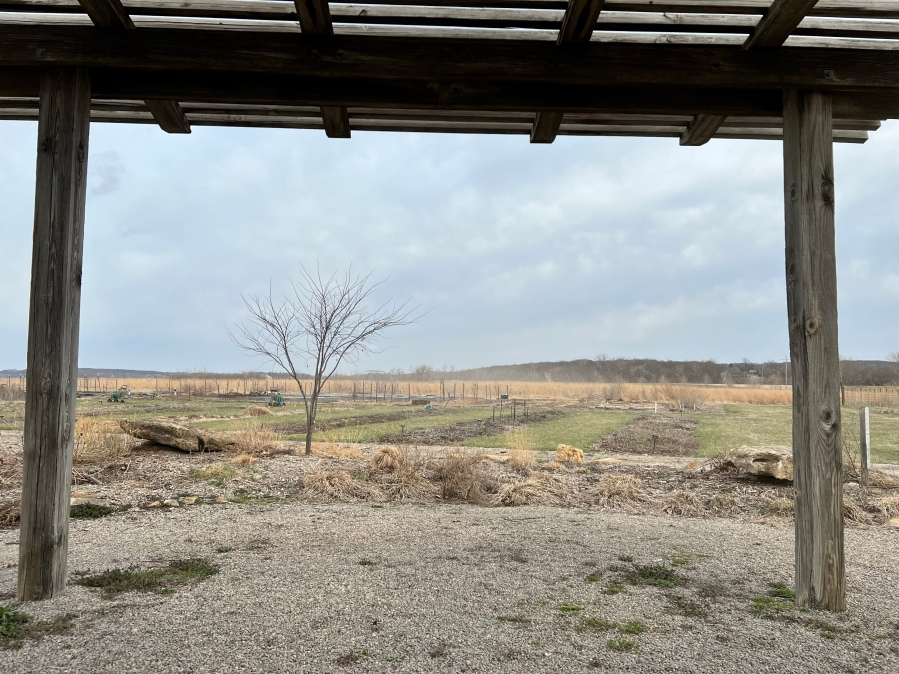 I’m updating this portion of the blog for my fellow volunteers rather than inundating them with emails.

Plant ID at the garden at this time of year is really important.

We started last week with the ubiquitous henbit. Not much else is blooming, but if we let this one bloom, all is lost until hot weather.

When purple poppy mallow is small, it looks a little bit like henbit but it does have some distinct characteristics that separate it from this particular weed. We want to keep poppy mallow, and I attempted to transplant some that I dug out of the path.

Henbit likes to hide amongst other plants and pretend that it is them.

And since I’m on the subject of look-alikes, today I discovered that we have purple dead nettle in addition to henbit in the garden.

Both are edible/medicinal if you know what you’re doing, but they are not native to Kansas.

Last week I also spotted my nemesis cleavers. There will be a cleavers season soon.

Everybody is familiar with dandelion. I brought some home to harvest the roots and stuck the plants in water.

They immediately went into crisis mode because they’ve been sitting on the counter since Friday, and stuck all sorts of flowers up to preserve their DNA!

I hadn’t worked at this garden for two years, so re-familiarizing myself with the plants is a bit of a process. I’m good with weeds, but in early spring, it takes a little bit of coaxing to kick the old brain back into gear to identify what else we’ve got going out there.

I’ll be honest, this plant stumped me. I had Kelly ID it today and it is a primrose. Problem is, they’re popping up everywhere that we don’t want them, and not where we planted them! Also, the rabbits are enjoying the rosettes in the middle which made identification harder.

I know I’m just using common names here. It’s easier as we are working, though I’ll throw species names out now and again when I am talking with folks. We are going to attempt to transplant some of the Oenothera after the next rain.

Another cool thing that happened today was, some art students came out to burn the prairie with Kelly. One of the students is going to head up a prairie planting project in this spot. It aligns perfectly with some of our goals for this garden. I hope we get to work a little bit with them when they are out!